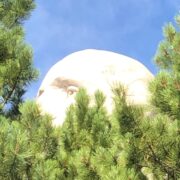 Masks!  To Wear or Not to Wear? That is the Question!

Christians Recognize that Civil Authority has an Obligation to Protect Life (Rm 13:1-7)

Acceptance of citizenship, law and order, peacekeeping authority, and even speed limits and seat belt laws are all evidence that most citizens recognize the God ordained responsibility of government to protect life.  Our government’s response to the current pandemic extends from this God given authority.  Exactly how to go about that responsibility is a concern which many legitimately have in these times.  Our federal government’s Center for Disease Control continues to make its case that Americans should wear face masks to prevent the spread of COVID-19.

When attempting to prove or disprove that wearing a mask saves lives many simply rely on anecdotal evidence or subjective stories that highlight only the point of view expressed.  Do you recall that when seat belt laws were enacted stories were used to “prove” wearing a seat belt caused the death of someone whose car stalled on the train tracks. While another story told of a person being ejected from the car because he did not wear a seat belt.  Each experience or story may well be true, but they represent different circumstances and so cannot prove or disprove the case for seat belt laws which must finally rest on higher principles.

In conquering opposition to speed limits and seat belts it was eventually understood that some level of personal autonomy would necessarily be infringed upon, even if only as an inconvenience.  Like seat belt laws and speed limits, mask mandates are lawfully imposed on a free society when authorities acting on our behalf, for our good, and on reasonable evidence,  take action to protect the people they serve.  Christians should recognize this principle from the Biblical accounts of Joseph, Moses, King David and Solomon, and others.

As it happens, in a fallen world even the best leaders can get it wrong.  Knowing this, we here in the metro may look across the county lines of our state and be tempted to envy those counties whose leaders chose to reject the Governor’s mandate.  So, can’t we correct what seems to be a governmental overreach, and if so, how?  The ability to address and redress our government’s missteps and deeds is found among the precious principles of a free republic.  How is this to be done?  Through petitioning governmental entities such as state, county, or a local municipality a private citizen may present his case and ask that the current laws be changed.  If this does not affect change, elected officials are accountable to the electorate and can be turned out of office by due process in an election, or by the more drastic means of recalls or legal indictments where evidence of maleficent action is seen.

What about just disobeying the government?  For a God-fearing Christian attempting or promoting civil disobedience as a means of remedy or redress can only be morally justified when it is shown that the authority is requiring our disobedience to God.  If choosing this route becomes necessary the greatest caution must be advised, counsel sought from the church, and a continued honoring of “governing authorities” in every other respect should be maintained.  Disrespect for authority has far reaching personal consequences and publicly leads to further emboldened disobedience and eventually a breakdown of all authority.  We see this in the other sad issue agitating our country at present.

First, by following Christ and not the influence of popular opinion.  Second, we pray for our civil authorities and encourage those seeking to do good.  Someone recently asked me, what is the church doing to protect our freedoms?  The church has taken our case to highest court, the court of heaven itself and the very throne of God.  Our access and ability to gain an audience with God was a costly endeavor that was paid for by the ultimate and infinite price of the blood of the Son of God.  Please, never underestimate the means of prayer, by it God works powerfully.  Perhaps if more citizens of earth earnestly used this means God might choose to relent and remove this blight on the world.  Finally, submission to God in this providence is our course.  The Lord Jesus does not teach us to rent or lease the church’s authority for political simony nor to wage campaigns for personal freedoms or conveniences in the name of the Almighty.  If these mandates do not harm us physically, nor cause us to sin against God, we are called to patiently submit.

13 Be subject for the Lord’s sake to every human institution, whether it be to the emperor as supreme,
14 or to governors as sent by him to punish those who do evil and to praise those who do good.
15 For this is the will of God, that by doing good you should put to silence the ignorance of foolish people.
16 Live as people who are free, not using your freedom as a cover-up for evil, but living as servants of God.
17 Honor everyone. Love the brotherhood. Fear God. Honor the emperor. (1 Peter 2:13-17 ESV)

At this point in our local experience the mandates imposed by state and regional officials are only inconveniences in a fallen world.  Practically speaking, the mask mandates are not difficult to manage. Really!  In our region we have not yet been told, “Do not sing in church” nor to keep our preachers silent as in some extreme cases, e.g. in CA.  The church has no authority from Christ to mandate or call for resistance to civil authority in matters which do not involve the Christian in disobedience to God.  Thus, the Christian response to lawful authority is framed by a loving obedience to God that produces honor and respect to civil authority even when we might be personally inconvenienced.  This love of God along with loving our fellow man are hallmarks of genuine Christians.

Christians who know God realize that wearing a mask in and of itself is neither right nor wrong.  Like all the trees in the garden of Eden which Adam could eat of, they were all created good.  However, as soon as God commanded Adam to not eat of one tree, a moral imperative was given to obey God.  So, it is with our authorities and our masks, God has placed a moral imperative on us to obey for the Lord’s sake.

In my understanding of God’s word, despite all the anecdotal stories, despite the best science, despite the immense pressure of public opinion, or the personal dislike of being told what to do, for the Christian, the question about masks is ultimately decided on moral, Biblical, and theological grounds, and on these grounds Christ is our Rock of safety.

Gentle Reformation
How do you prepare for the Lord’s Supper?

Gospel Dividends for Future Generations – The Value of Our Church’s...
Scroll to top