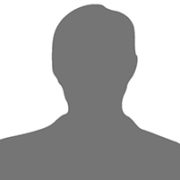 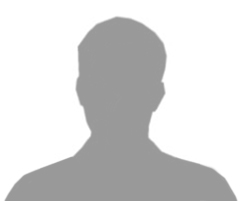 “You shall neither mistreat a stranger nor oppress him, for you were strangers in the land of Egypt” (Exo 22:21 NKJ).

OT Israel had been a stranger, a foreigner or sojourner dwelling in Egypt.  Driven there by famine Jacob and his sons with their wives and children moved to the land of Pharaohs to stay alive.  There in Egypt as immigrants they lived 400 years (Gen 15:13) and Israel learned by sad experience what it was to be taken advantage of as a stranger in a strange land.  True, at first they were favored by the Pharaohs that knew Joseph.  But slowly the tide changed and the once favored people were subject to bitter bondage and harshly accused and abused.  Israel was indeed a stranger in the land of Egypt.

There are many reasons in the providence of God that cause men to immigrate and settle in a new land.  If a man or family comes to settle in a new country and can demonstrate they are “honest men … not spies” (Gen. 42:11), God takes special care for them.  They are not to be oppressed, mistreated or taken advantage of by the people of the land.  Have you ever been on the outside of a community, society, or culture?

Well, while I was never a stranger like the Israelites, I do recall when I was in the sixth grade, my mother took a teaching job in an adjoining school district in the north end of the County. My parents made the decision that it would be best if I, along with my two younger siblings went to school in the same school district.  It was going to be a real adventure I was told.  But my sixth grade heart said, no way!  But, as sixth graders don’t get to call those shots or make those decisions we left all our friends behind and were taken to a school where we didn’t know anyone.  We were outsiders to the kids who grew up together and had known each other all their lives.  If ever there were foreigners and strangers, surely it was us.

But wait, the story doesn’t end badly.  On my first morning at school as I was sitting in the classroom waiting for an omen of bad things to come the rest of the year, pouting I think mom called it.  When suddenly strange looking faces raced into the room.  The class teacher who had been trying to get me to talk with her turned to a sandy headed boy with a face full of freckles and said, Clayton, go tell Charlie (the janitor/assistant coach) to “turn the basketballs loose in the gym.”  Without hesitation Clayton looked at me and said, come on let’s go!  We raced to the gym and there over those basketballs Clayton, his twin brother Clinton, Kevin, Gary, Roy, Galen, David, Joe and myself all became fast friends.  We had lots of boyish fun those two years, but wonderfully, I don’t recall ever feeling like an outsider after that first, “come on let’s go!”

Instead of an omen of evil, that morning was a harbinger of many blessings to come for as it turned out those two years were by far the best two years of my primary education.  Discovering healthy friendships was the best thing ever, mom was right – again.

I know, this was small time in comparison to those Israelites, but the same lesson is learned.  Think of the blessing we as individuals or the local church can be to someone who just needs a friendly face and a word of encouragement.  Can we imagine the opportunities God sets before us in the lives of strangers?  Having trouble? Try imagining this,  “Do not forget to entertain strangers, for by so doing some have unwittingly entertained angels” (Hebrews 13:2 NKJ).

Gentle Reformation
Panoramic Prayer Topics for the Church – Straight from the Word.