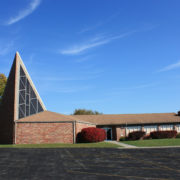 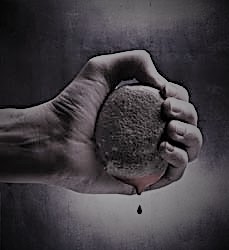 This week at Shawnee Reformed Presbyterian Church our hearts along with millions of others, are deeply touched with sorrow at the news of the Poway Synagogue shooting.  Sympathy flows for the families and friends who by the actions of one person were made victims in this tragedy.  This is indeed a time to grieve with those who are grieving and pray that those personally affected will find true Shalom [peace] in the one living and true God.

As we view this tragedy and grieve for our neighbors in Poway, we must recognize we are staring at the harsh reality of the fallen and broken world in which we live.[1]  While all the details surrounding this tragedy may not yet be known, what is clear is that the sin of Cain[2] follows the line of humanity down to the present day.  The actions at the Poway Synagogue are manifestations of the same hatred that raged in the heart of Cain who murdered his own brother.[3], [4]

This kind of hatred is not a manifestation of the Spirit of God, but a product of sinful human hearts.[5]  Sadly, the young man who turned himself in to authorities as the perpetrator of this slaughter had, so we are told, the advantage of a Christian home.  Yet, he fell prey to the deception of thinking less of Christ and more of the tradition of men.[6]   Here is a warning to pastors, parents, teachers, and teens themselves, allowing us to see the degree to which the way of Cain can quickly radicalize unsuspecting lambs transforming them into ravenous wolves.[7]

All living generations need to learn in a fresh way how that Cain’s action proved to be utterly senseless and solved nothing, his killing Abel helped no one, least of all himself.  Instead Cain was driven from God’s presence and had an irremovable stain upon his person.  Cain suffered from a conscience which he described as a punishment greater than he could bear.[8]  Murder only takes away from humanity, it cannot add or contribute anything but lasting shame.

Once our hearts stabilize from the shock of such news, we find that a sense of righteous indignation ensues.  We naturally desire that justice will be swift, the victims vindicated, and that others would not suffer the same fate.  There is nothing wrong and everything right in a desire for justice as God is just and teaches us to love justice.[9], [10]  However, true justice must be served according to the rule of law and administered in a court of law and not by self-appointed means of retribution. [11] God has given this responsibility the civil government[12] precisely so that societies might combat and protect themselves against this kind of anarchy.  Christians, our prayers are needed so that we may lead that reverent, godly, quiet, and peaceable life Paul speaks to Timothy about in his pastoral letter (1 Tim 2:2).  In this way may the world know that we are Jesus’ disciples, by the love we have for one for another.  Our love must be our apologetic for Christ in this post-modern world.[13]

This week as we mourn over this senseless slaughter of human life locally, nationally, and globally join us in praying that this blight of blood lust might be blotted out through God’s one true sacrifice for sin in Jesus Christ.  Pray that the world will look to the Just One for Salvation from the way of Cain![14]

[1] Therefore, just as through one man sin entered the world, and death through sin, and thus death spread to all men, because all sinned– (Rom. 5:12)
[2]  “… And it came about when they were in the field, that Cain rose up against Abel his brother and killed him.” (Gen 4:8)
[3] “We should not be like Cain, who was of the evil one and murdered his brother. And why did he murder him? Because his own deeds were evil and his brother’s righteous” (1 Jn. 3:12).
[4] “You have heard that it was said to those of old, ‘You shall not murder; and whoever murders will be liable to judgment.’  But I say to you that everyone who is angry with his brother will be liable to judgment; whoever insults his brother will be liable to the council; and whoever says, ‘You fool!’ will be liable to the hell of fire” (Matt. 5:21-22).
[5] Galatians 5:19-23
[6] Beware lest anyone cheat [literally, take you captive] you through philosophy and empty deceit, according to the tradition of men, according to the basic principles of the world, and not according to Christ. (Col. 2:8)
[7] Proverbs 12:26 ; Jude 1:11
[8] Genesis 4:8-15 “… My punishment is greater than I can bear!” …”
[9] Isaiah 61:8 ; Amos 5:14-15 ; Micah 6:8 “He has shown you, O man, what is good; And what does the LORD require of you But to do justly, To love mercy, And to walk humbly with your God?” (Mic. 6:8).
[10] “For the word of the LORD is upright, And all His work is done in faithfulness. He loves righteousness and justice; The earth is full of the lovingkindness of the LORD” (Ps. 33:4-5).
[11] Numbers 35:9-34 is evidence of God’s provision and insistence that human government bear the sword of justice.  While our jurisprudence is administered in different manner than Numbers 35, it is nevertheless carried out according to the principles of guilt or innocence and punishment is according to intent and degree just as the law of Moses taught.
[12] Romans 13:1-7

Gentle Reformation
Supper Plans: Thinking About the Supper of Christ 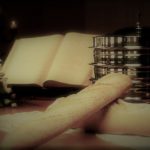 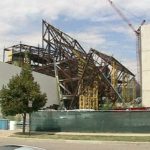 “Being Built Together” – A Present and Ongoing Work of Go...
Scroll to top